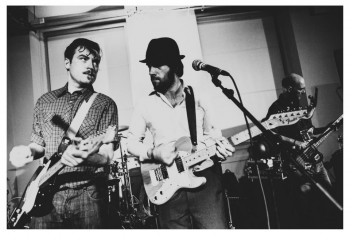 Chris McConaghy aka Our Krypton Son hails from Derry, Northern Ireland where he first cut his first musical teeth with psychobilly art-rockers Red Organ Serpent Sound. Having graduated unscathed from those rambunctious ranks, Chris established his songwriting credentials as an acoustic solo act sharing stages with David Kitt, Gemma Hayes, Duke Special, Jape and Cashier No. 9 around the Irish club circuit. Gathering plaudits as a writer of note, Chris gathered close musician friends together in early 2010 to create Our Krypton Son and record a debut album of the same name. Produced by Sam Williams (Supergrass, Plan B, Tricky, The Go Team) the album is due to be released late October on Smalltown America Records.