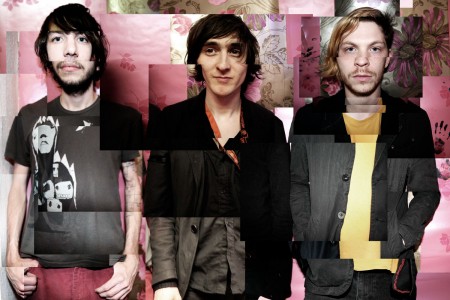 “They’re ferocious, they’re exciting, they’re challenging, on top of being
effortlessly cool; they’re just a brilliant band” ? BBC Radio 1
ôVisiting Hours of a Travelling Circusö, the debut album from Northern Irish altrockers
MOJO FURY, was lauded by all corners of the rock music press during its
release in May 2011: iTunes ran the band as ĺSingle of the Weekĺ, Rock Sound as
ĹBand of the Weekĺ, Artrocker as ĹAlbum of the Monthĺ whilst Front partied at
their Belfast album launch.
Musically ľ and letĺs face it, thatĺs whatĺs important here ľ Artrocker compared
the band with Nirvana as ôthey combine heaviness with an emotional connection
? the head bang is tinged with all the lights in your head being turned on at once”
but this only tells half a story; Kerrang noted their ôwarped musical personaö and
it is this which separates Mojo Fury from an exciting, but at times unoriginal, UK
rock scene. Cooking up their sound in an old farmhouse studio (and the place
they call home) on the outskirts of Belfast allows Mojo Fury to develop at their
own pace, influenced creatively by their environment and what they choose to
bring in to it.
Album number two is currently being written, and whilst the heavier
touchstones are still present, inspiration is drawn from afar in their shared love
for the likes of Nine Inch Nails, St. Vincent, Soulwax, Silverchair and Led
Zeppelin. To date they have toured with Oceansize, ASIWYFA, Amplifier, Lite and
Maybeshewill; they also made stand out performances at festivals like
Sonisphere, Eurosonic, Live At Leeds, In The City and Brainwash. This has
enhanced their rapidly growing reputation as one of the UKĺs most intriguing
and exciting bands.