Katie and the Carnival 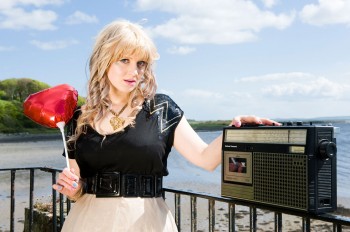 Katie and the Carnival

Katie and the Carnival is the musical project of musician and actress Katie Richardson and her band. They are known for their energetic and engaging live performances and their music is soulful and harmony-driven with influences from folk, pop and torch song. Following a couple of sell-out special events last Summer the band have made several TV, radio and festival appearances. They joined Foy Vance in The Ulster Hall for a magical gig in November 2011, supported Hothouse Flowers at the intimate Social Sounds Festival and shared a
stage with Van Morrison this September at the East Belfast Arts Festival.

Katie has also worked with the likes of Duke Special, The Inishowen Gospel Choir, The Salt Flats, The Jane Bradfords and many more. Last summer she worked on the music for a Dale Farm Advert and she is currently working on her debut album which will be released in 2013.

“A band on top of their game” BBC ATL

“She (Katie) transcends the stereotype of the quirky female vocalist, thanks to remarkable stage presence, a soulful voice and joyous wit.” Culture NI

“A proper spectacle, a visual treat. Oh, and the music’s great too… engaging is an understatement” BBC ATL

“Katie creates the kind of smokey jazz that Norah Jones might make if you snuck a load of vodka in her diet coke. With delightfully creepy, ramshackle tunes such as the sultry ‘I can’t get no Sleep,’ and theatrics coming out of their eyeballs, you’d be a fool not to catch the Carnival live around the Belfast area.” never enough notes