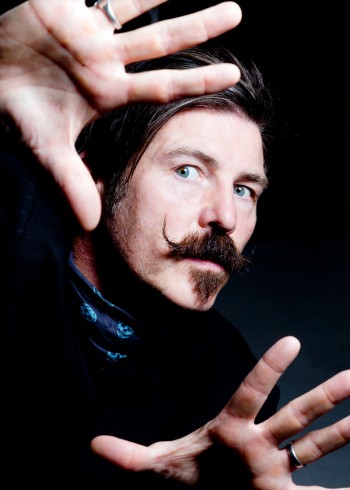 With a career spanning two decades, one of Ireland’s (by way of Brixton) most enigmatic songwriters and performers brings his dynamic live show to The Workman’s Club in Dublin this November. Touring the globe throughout the 1990’s as frontman of An Emotional Fish the alternative rock band that gave us the rock anthem ‘Celebrate’. The single by Jerry Fish was re released in Summer 2012 with all proceeds of Irish sales in 2012 donated to Barretstown Children’s Charity.

Jerry Fish’s swaggering vocal has been described as Tom Waits in a good mood, or Leonard Cohen doing Dean Martin. Yes, the smiles come aplenty and witty lyrics are definitely Mr. Fish’s currency of choice, but Jerry’s songs have been so well crafted that they deserve more than a casual, amused listen.

Music that ‘bucks the zeitgeist with so much enthusiasm you just have to love it’. including the hit crooner ‘True Friends’ now truly ingrained in the Irish hum-along psyche, and two platinum selling albums ‘Be Yourself’ and ‘The Beautiful Untrue’ featuring guest appearances from among others, Damien Rice and Rockabilly starlet Imelda May. www.jerry-fish.com