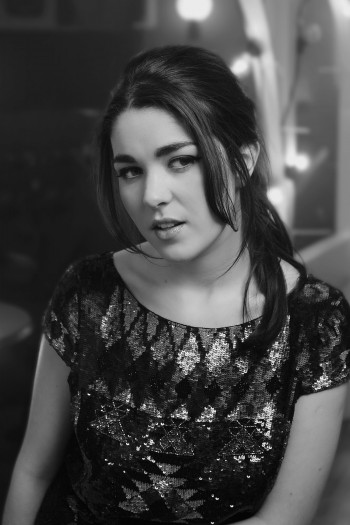 Shannon a 21 year old Slane based jazzy, soulful vocalist who arrived on the Ireland’s music scene with a bang just last March.

In the intervening six months Shannon and her band The Shortcuts have released their debut single “A Million Miles” which ended up single of the week on BBC’s Radio Ulster. Played live on RTE’s Brendan O’Connor Show. Performed a number of select shows in Dublin, London and Belfast and debuted at The Electric Picnic.

At present Shannon has taken a few weeks out from writing her debut album to switch vocation to film. Shannon’s silver screen debut shall be as a night club singer in a film called Cold which is due out next year. Indeed Shannon wrote three of the songs on its soundtrack.

Definitely one to watch Shannon a young star in the making!