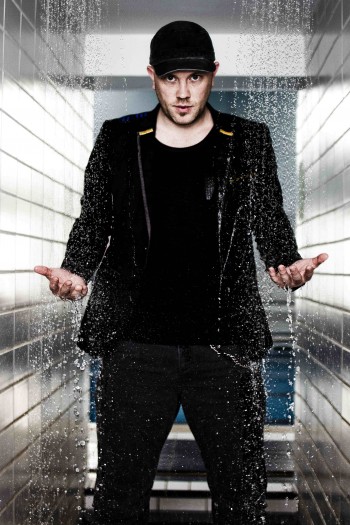 30-something Irish singer/songwriter/performer Ryan Sheridan has been around the houses so many times by this stage that youĺd be forgiven for mistaking him for a Quantity Surveyor. As a child, he unwittingly kick-started his music career as a traditional music fiddle player. Then, as a teenager, he (literally) hotfooted it into Riverdance, with which he toured the world before settling with the show in New Yorkĺs famed Gershwin Theatre on Broadway. ôDespite performing with Riverdance, I always wanted to play guitar,ö explains Ryan, ôand I also wanted to write my own material, but I never really did that until the show got to Broadway.ö Ryan was 18 at the time, living in an apartment by himself ľ a stranger in one of the most vibrant cities in the world. ôIt was an unusual time, but you learned how to be self-sufficient. Youĺre rooted in New York, because itĺs such a massive melting pot of different cultures. Being in that environment really brought out the creativity. I remember I was writing songs in the backstage toilets between performances, and then after the shows Iĺd manage to get a few gigs in venues such as Arleneĺs Grocery.ö After a short period of time, says Ryan, New York felt like home, and after he concluded his contractual obligations with Riverdance, he decided to stay on in the cultural melting pot for a further two years. ôYouĺre your own man, away from home,ö he states. ôAnd being in NYC was a very positive experience, which made me a very positive person. You develop your personality and character in a place like that.ö Ryan returned to Ireland when he was 20, unsure of what he wanted to do, and so began a series of career stops and starts (some of which dragged him reluctantly away from music) that culminated in Dublin in 2009. What occurred less than a year later is a fairy tale mixture of good luck, welcome happenstance, unpredictable fate and natural talent. There was, you can sense, unfinished business that needed attending to, and so, armed with an acoustic guitar, a batch of cover versions and several original songs, Ryan and a musician friend began to busk in and around Dublin city centre, where they would sing and sell their CDs before being politely asked to move on. ôAnd then one day,ö recalls Ryan, ôsomeone threw a business card into my guitar case. I picked it up and it had the words Ĺring meĺ on the back of it. I phoned the guy, got a good feeling about things, and he started to put me on festival bills. And thatĺs how it began.ö From such small details, great things have happened. ôTo be honest,ö Ryan adds, ôI was really relieved!ö Within a year, Ryan subsequently signed a record deal with notable Irish independent label, Rubyworks; and in May 2011, he released his debut

album, The Day You Live Forever. That the album has now reached platinum sales status in Ireland is testament not only to its inherent melodic pop/rock, singer-songwriter strengths but also to Ryanĺs durable presence on the gig circuit, where amidst his own energy-driven, charismatic shows, he has supported the likes of fellow countrymen The Script, and other superstars such as Bryan Adams, Simply Red and Taylor Swift. With his debut album having announced a new and substantial Irish talent that can easily stand up to international scrutiny, Ryanĺs thoughts are currently focused on the follow-up, the songs for which he is now writing and road-testing. ôThe Day You Live Forever was written in a very short period,ö reflects Ryan. ôFor the forthcoming record, I have had a lot of time to think about the material – and also, because within the past two years weĺve played pretty much everywhere, weĺve had the space to fine-tune and develop the sound, to make the songs breathe and mature. On the first album, a lot of the songs reference several areas, but within the new material Iĺm working on Iĺve settled into the rock/pop genre.ö The best songs, he says, are borne out of travelling and experiencing different things ľ of flexing lifeĺs muscles and spreading the wings a little bit. Ryan has done just that and more over the past ten years (ôyou have to do any amount of things to get by and experience life, and you need, more importantly, to find out what you donĺt like as much as what you doö) and will continue to do so as he delivers the Sheridan Songbook into Europe and beyond from now until well into next year. ôI try to keep it positive,ö he says of his character-building default setting. ôYes, Iĺve flitted from one thing to the next in my life, but Iĺve settled on music, which was always a feature in my life. I knew there was nothing else I wanted to do, it was always performance and music. If I wasnĺt doing music, Iĺm not sure what Iĺd be good for.ö