Based in Belfast, Window Seats are Jude McCaffrey (vocals/guitar), Ryan ‘Didsy’ Bradley (bass) and Tony Furnell (drums). Taking an entirely DIY approach, they have self-produced four singles, five music videos, a series of documentary podcasts and an EP.
Since the band’s inception, their music has received regular national and regional airplay in Ireland and the UK.

They are the first unsigned Northern Ireland act to be featured on MTV Networks.
Latest music video “Local Superhero” is currently on MTV Rocks, Kerrang! TV and QTV across the UK and Ireland. Combining the efforts of 36 contributors over the course of 10 months on zero-budget, it is one of the most ambitious videos undertaken by an unsigned band in Ireland.
Debut EP “Frozen Bones” (Dec 2011) has received national radio play across the UK and Ireland and much critical praise.

Live dates and further information on
windowseatsofficial.com
“A triumphant return to straight-up rock, ‘Local Superhero’ is a Foo Fighters-sized guitar anthem, only with an almighty Belfast drawl behind it. Its makers, Nordy trio Window Seats, are putting this mosh friendly beauty on their upcoming Frozen Bones EP, so for the love of all things wild and noisy, don’t let it pass you by.”
Celina Murphy // Hot Press Magazine – “Local Superhero” single 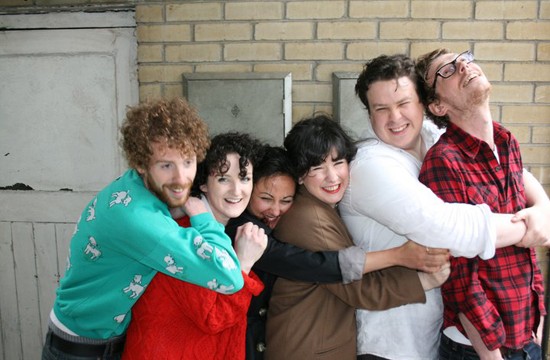