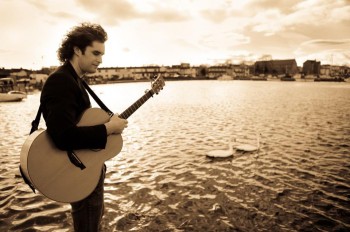 Stephen exhibits a unique ability to craft songs of unusual honesty that speak immediately and directly to everyone in the room
Biography
Stephen James hails from Sligo. Over the past few years he has developed his own style that catches the ear sharply and doesn’t let go.Citing influences as diverse Neil Young,Jim Croce and Creedance Clearwater Revival. Stephen has spent the last year assembling a band from some of the best accompanying players in Ireland and earlier in the summer they where asked to play the main stage at the Volvo Ocean Race one of the only local bands to do so.In the past months the band has been busy arranging and rehearsing a set of exciting new songs.His new single will be released in the Roisin Dubh on the 19th of