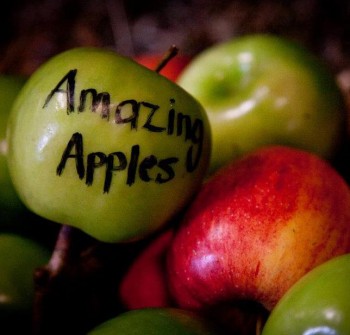 Amazing Apples formed in 2008. Brothers Cian and Darragh Crehan and drummer Brian Grace had played in bands together in previous years so they already had a musical connection established. Early 2008 saw the introduction of Eanna Fahy, an accomplished fiddle player for his age, and Anthony Ryan who brought an impressive lead guitar sound to the plate. Starting out as a cover band, they quickly gained popularity throughout Ireland with their distinct raw Irish/Americana sound. All the members are multi-instrumentalists incorporating bouzouki, fiddle, mandolin, keyboards, banjos, and whatever else they could get their hands on for their live show. After doing the Irish circuit for two years the band decided to take a new direction and write music. Playing support for people like Sharon Shannon, Mundy and Mumford and Sons at festivals and venues around the country, saw the Apples achieve success on the big stage. Amazing Apples crossed the seas for a tour of New York/New Jearsy in 2010 and Romania in 2012. Since then, they won the Townhouse Bar Battle of the Bands in Galway winning a prize worth 15,000 euros. They launched their debut EP ’3 or 4 Shoes’ on the 1st of June 2012 in HMV and Monroes in Galway.